What next for Help to Buy? 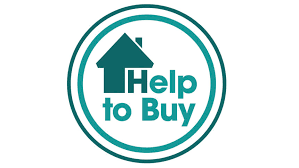 Posted at 17:29h in News by Robert Dibb 0 Comments

Now that the government has confirmed it will end the Help to Buy: Mortgage Guarantee Scheme, or Help to Buy 2, at the end of 2016, many are wondering what the future holds for the first-time buyer market.

Launched in 2014, to help revitalise a sluggish high-LTV market and support first-time buyers, Help to Buy 2 was a scheme where lenders could purchase a guarantee from the government to cover potential losses on high LTV loans.

Has the Help to Buy package so far achieved its aim?

September’s figures reveal that between all the Help to Buy schemes, over 185,000 people have been helped to buy a new home, with an average house price for purchases of £191,000.

This suggests that the goal of the government’s Help to Buy package has mostly been achieved, by helping people get their first foot on the property ladder. The relatively low purchase price also demonstrates how the schemes have targeted responsible lending to first-time buyers, who buy smaller and often cheaper properties.

The Help to Buy ISA has helped more than 650,000 people save towards their own home. But recent negative publicity has put the spotlight on whether the scheme is achieving its primary purpose. The government bonus of 25% is only paid after the completion of a sale, rather than the payment of a deposit, which many argue was its original goal.

Is the market ready for life without Help to Buy 2?

The Chancellor said that Help to Buy 2 had been successful in achieving its aims, which was to fill the gap until lenders began offering higher LTV loans and the market bounced back. Mr Hammond believes this has now happened, with more than 30 lenders currently lending without the assistance of the scheme.

But figures reveal a decline in the number of 95% LTV products in the market between March and August 2016, dropping from 270 to 225. This does however remain significantly higher than the 195 in August 2015, as well as figures from the Bank of England showing a small increase in business between 90% and 95% LTV.

Whether the market is ready for life without Help to Buy 2 is not fully clear. The autumn statement may indeed look to address the risk to the high LTV market, perhaps with the addition or alteration of housing schemes. Either way, the support of the low deposit arena is crucial, with the current affordability issues facing first-time buyers in the UK.