Aviva reports on the finances of millennials 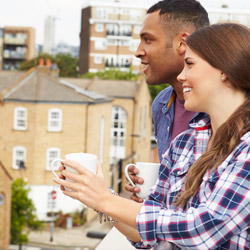 28 Sep Aviva reports on the finances of millennials

Posted at 15:21h in Uncategorized by Robert Dibb 0 Comments

Aviva’s latest report on family finances focusses on the spending and saving behaviours of those between the ages of 18-35; more commonly known as “Millennials”. As well as looking at the problems facing millennials such as housing and debt, the report also highlighted how advisers can help support the younger generation achieve their goals through budgeting, as well as helping secure cover in the event they were unable to work.

Although families and those older than millennials have generally much to be optimistic about over the last six months, the younger generation is facing a much more challenging outlook as they plan their finances.
One of the greatest fears among millennials is not being able to afford a home, with 35% feeling their generation has been mostly priced out of the mortgage market. Despite this however, two of the top five life milestones that millennials expect to achieve are based on property, with six in ten expecting to buy a house or flat.

They have been dubbed the “Peter Pan” generation, due to how delayed their typical life are compared to previous generations. Some delay through choice, such as saving for a house deposit. But for many, the decision to stay at home or to put off starting families and getting married is a choice based on financial concerns and insecurity.

According to the Aviva report, over a quarter of millennials have never learnt to manage their finances. Although the report also shows that on average millennials only had £156 in disposable income left each month, NS&I data also revealed that those millennials that engaged and assessed their finances every month, were conversely able to save on average nearly double the amount compared to those that did not.

The earlier millennials can establish financial goals, the earlier they can achieve them. But we also think that protecting those goals is a big part of the overall picture. That’s why we talk to our clients about their mortgage, as well as protecting themselves and their income.